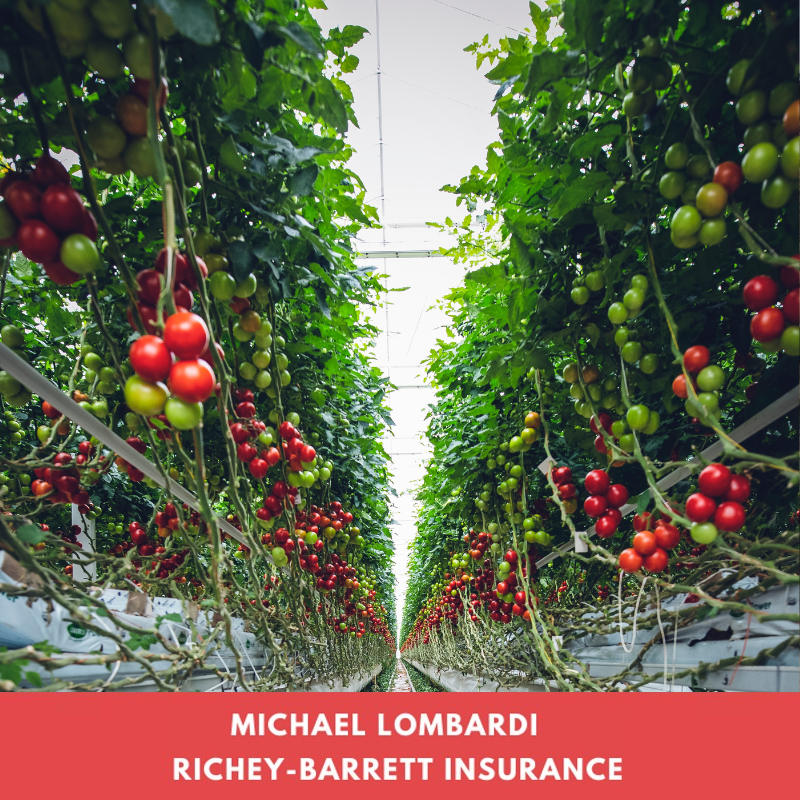 There are almost 7.6 billion people on earth! What an abundance of mouths to feed! How are farmers supposed to adapt and bridge the gap between supply and demand they’ve long grown so accustomed to? What new methods are there for them to get the food to the population of the world in a quicker, more efficient manner, while producing a higher quality product?

Introducing for your reading pleasure—something NOT new, yet somehow still widely underutilized in this country—Vertical Farming! Unfamiliar with the concept and application of Vertical Farming? Alright then, let’s have a quick chat, maybe you’d like to include it into your repertoire, perhaps you won’t. Regardless, it’s better to at least have somewhat of an understanding of it to determine whether or not you’d like to invest your time in additional research.

What is Vertical Farming and Controlled Environment Agriculture?

Vertical farming is a method of farming based on the premise that weather and climate should not have as large of an effect on the production of food crops. This means of production is regularly referred to as “Controlled Environment Agriculture,” or CEA. The benefit provided to the farmer is that certain risks—such as natural disasters, pests, and diseases—are alleviated, allowing for increased yields and enhanced production for crops that are in year-round demand. Depending on how you operate your business, this can lead to increased revenue, and likely increased profits for your farm—all while simultaneously helping the population with their sustenance problem.

When did this start?

While the term “Vertical Farming” was coined in 1915 by Gilbert Ellis Bailey, in 1999, Dickson Despommier, first introduced the modern concept of vertical farming. Despommier, a professor of Public and Environmental Health at Columbia University, along with his students, had designed a skyscraper farm that could feed 50,000 people year-round. That skyscraper was never built, and luckily, skyscrapers are not a requirement for Vertical Farming and Controlled Environment Agriculture, if you have the structures and systems in place, you can begin complementing your current farming operation using this method, or begin a new farm to take advantage of the technique.

While currently a popular form of agricultural production in India, Vertical Farming and CEA can be used anywhere crops are currently being grown (and some places they aren’t)! Think to yourself, anywhere a structure can fit can now be a farm…just requires an open mind. Urban Farming anyone? Growing mushroom crops for local boutique grocery stores or farmer’s markets? If your home’s foundation is an unfinished basement, you don’t even need to rely on another structure on the land, just make use of the space you already have! Have you thought about heirloom tomatoes or microgreens to sell to local restaurants? This would be an ideal method to use for that, as you don’t have to wait on a single growing season each year. Granted tomatoes will take longer than microgreens, but the possibilities are endless, and best of all, it doesn’t require an expansive portfolio of farmland to operate!

Why Use this Method?

A better question to ask is “why shouldn’t you use this method?” CEA is a technique that allows the farmer to reap roughly 10x the yield that he or she could through traditional methods for the same crops. Additionally, Vertical Farms benefit from increased efficiency, crops are accessible on a year-round basis, rather than a defined growing season, which can assist with increased revenue to the farmer. Is it right for everyone? No, it isn’t. Depending on the crops grown, this method may be a viable option to implement into your business plan, but that doesn’t always apply. Depending on where your niche lies, this method may or may not be right for you. However, if you find your preferred crops are suitable for this type of farming, you may well be positioning yourself for explosive growth over the next few decades, if you tailor your Vertical Farming methods to the desires of your audience.

Most CEA farms are Hydroponic, Aquaponic or Aeroponic operations to facilitate crop growth. All soilless means of farming, these methods instead use basins or mist sprayed onto the roots of the products to stimulate production—in the case of Aeroponics—resulting in healthier, faster-growing, higher-yielding crops. Hydroponic farms rely on macronutrients in the water, whereas Aquaponic is a hybrid method of Hydroponic and Aquaculture—deriving the nutrients for the plants from raising fish alongside them in a deeper basin—utilizing the symbiotic relationship to produce crops. These farms make use strictly of artificial lights to simulate natural growing conditions, or a hybrid method with natural sunlight and artificial grow lights, where natural light is particularly abundant. Using these methods allows for suitable crops to be grown throughout the Midwest during winter months and transported shorter distances to their final destinations, rather than traveling thousands of miles from traditional farms out west throughout this time.

What Crops are Best?

Let me reiterate, Vertical Farming is not a viable substitution for all types of crops. If your main commodity consists of grain, you won’t be looking to adopt this method any time soon—it simply won’t work for what you’re trying to do. Vertical farming is more equipped to handle the following crops:

Basically, think to yourself—you’re looking for a compact product with short production cycles, high harvest yields, and year-round demand. Corn and soybeans do not fit within the scope of this type of farming. However, if you have an unused outbuilding on your grain farm, suitable for implementation of this method, perhaps you decide it’s worth it to you to give it a shot with a new crop on a small scale and see what happens!

Nothing in life is all sunshine and roses. While Vertical Farming can offer significant value over traditional agricultural techniques, given the right application, there are some drawbacks to this as well. A few primary examples of the negative side of implementing this type of agriculture are the heightened initial capital requirement, exorbitant energy demands and potential increased pollution risks.

Also, would you be surprised if I was to tell you that beginning a new Vertical Farm could cost upwards of three times that of using traditional means? Let’s not kid ourselves, I believe some of you will immediately discontinue reading this right now as you feel you’re already priced out of viability. However, there has been significant investment in this area over recent years by banks, venture capitalists, and many others to take advantage of a growing market in its infancy.

As crops are grown indoors all year, it goes without saying that your operation will demand a significant amount of energy, which in turn can lead to heightened operating costs and an increase in pollution dwarfing that of traditional farms and greenhouses. Through use of renewable energy sources, however, the associated costs and pollution risks can be offset to a degree.

Rather than relying on vast acreage for increased crop yield, CEA and Vertical Farming focuses strictly farming crops in an indoor arena, using vertical wall space to increase production. This presents the farmer with different risks than traditional agriculture methods would. Many would be similar, for example buildings would require adequate protection, contents of the buildings, mechanical systems, vehicles, and so on would need to be addressed. Liability both for the premises and for the products once sold would be another concern that won’t necessarily differ based on what method of agriculture the farmer is using to grow his or her crops, the possibility is there for lawsuits. Every day it seems we’re hearing of another food recall on the news, right? Vertical farming makes use of technological advancements to ensure adequate production, therefore while dismissed by many traditional farmers, cyber liability and security plans must be adequately implemented and adhered to. Agricultural labor compliance also remains a certain focus in this area, and can’t be omitted from a comprehensive protection plan should you choose to go this route. This means of farming doesn’t appear to be going away, nor should it—in fact, I expect over the next 15-30 years the market for it will explode. If you plan to expand your operation using CEA for the future, you need systems in place to allow you to do that.

What the Future Holds?

By the year 2050, it is believed that the population of Earth will grow by 3 billion. That’s quite a few more mouths to keep fed all year! Furthermore, as people increasingly demand knowledge of what is in the food they eat and how it was grown, it becomes a self-fulfilling prophecy that this type of agriculture will dominate the marketplace with widespread adoption! In 2020, the amount of space dedicated to CEA and Vertical Farming was the equivalent of 74 acres, yet that space can produce 24,666 TONS of fresh produce every year! As more and more demand organics and are willing to accept a higher price to know what they’re eating, wouldn’t it be sensible to put your farm in the best possible position to take advantage of that influx of demand and assist through increasing supply? Eliminating pesticides from this type of farming is easier than traditional farming techniques due to the controlled environment the crops are grown in, allowing the organic market to be served well. I believe vertical farming to eventually become the fastest growing area of the agricultural sector over the next 15-30 years due to those reasons alone. If I’m wrong, I’m wrong—I’m okay with that, but this type of farming is accessible, healthy, and can help meet the coming increased demand.

Overall, Vertical Farming can replace traditional farming methods of certain crops—increasing efficiency, decreasing labor costs, and certain risks involved in agriculture. Is it for everyone? No, nor is it trying to be. Nothing will ever be all things to all people, but it is a viable option for farmers of certain types of crops.

Well, if this isn’t an end-all be all, then why are we even talking about it? The fact is, those farmers who CEA is right for, can greatly benefit from adapting to this style of farming, if they haven’t yet already. We aren’t singling anyone out saying their style of farming is bad, we’re just opening everyone’s eyes to a new environment (no pun intended), maybe you give it a try and see what happens, maybe you don’t. At the end of the day, you now realize there are many other options available to you though that you may not have otherwise.

If you determine Vertical farming is something you’d like to begin getting into, realize there are still risks involved to both yourself and your operation. Before taking the plunge with both feet, reach out to me to discuss how you can manage any additional risks you may be taking on in your new endeavor.